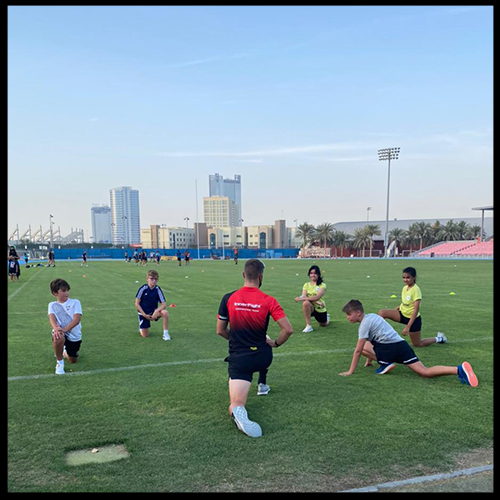 As we all know, not all athletes are the same, and this is especially true for children. As well as considering a child’s individual motivations for taking part in triathlon, whether it be performance, social, or just to remain healthy, we also need to pay special attention to this stage of their physical and mental maturity.

Triathlon is a relatively new sport compared with other sports and started as an Adult sport. It is still going through development and is developing in terms of coaching for children. Whilst it may be tempting to apply adult training programmes to children this isn’t appropriate!

BUT TRIATHLON IS A LONG DISTANCE SPORT?

People often think of triathlon as a long and difficult events. In fact, youth events are the opposite. They are short and fast, and anyone can participate! UAE isn't very strict on this, which I'm hoping will with the emergence of the UAE Triathlon Federation. In the UK, the following distance as set as a maximum distance that age should be completing.

Over-distance training is one of the most common mistakes made by coaches and parents! Young athletes do not need to train excessive distances. For biking and running, 150-200% of their race distance is enough for a longer, bike or run session (no more than once a week). E.g. if an athlete races 1km in a race, they can run a longer, aerobic run of 1.5-2km. Remember that running as an activity will form a large part of most sports activities that children undertake, e.g. playing football or hockey, will require a large amount of running.

Swimming is somewhat different, but a continuous swim during a practice does not need to go over 150-200% of the race distance. E.g. if an athlete swims 200m in a triathlon, then they might swim a steady- state set of 400m. This set will be part of a longer workout that includes many shorter swims, other drills, skills, and strokes.

The focus for children and youths should be in developing a wide spectrum of skills and capabilities, rather than focusing purely on Endurance.

Let’s use elite runner, Sir Mo Farah as an example, their records on UK Athletics Power of 10 system indicate that he was 14 years old before he had recorded a time for a distance over 1500m, and 17 before a 5k time was recorded on the system, indicating a focus on shorter distance events where he could maintain good technique and run quickly, with less chance of overuse injuries. Focusing on technique, skill & speed rather than distance is the best long term interest of all young athletes.

The danger in triathlon is that children are encouraged to be like mum and dad perhaps, who maybe participate in Ironman, and so they are often encouraged by their parent to do things like their local 5km run, go out for long rides for example so the parent can participate too. There is a reason why Park Run, host a junior park run and have an age limit to participate in the adult run. Endurance is something that comes over a long period of time and continues to develop well into adulthood.

FOCUS ON SPEED, NOT DISTANCE!