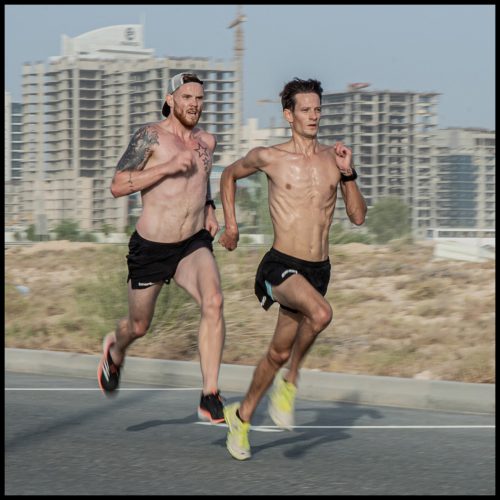 Now before you get started, let it be known that this is quite a big step away from what we, as coaches, tend to say. I am a sports scientist who loves the performance and training benefits that continue to develop through scientific research. What I am about to say is a huge contradiction, but there have been a few things recently that have got me thinking…

I was reading an article that highlighted the outstanding performance of Joshua Cheptegei, an incredible athlete that has broken the longstanding 5km world record time with an incredible time of 12.36.36. This meant that his running speed was around 23.5kph! The article, which you can find here, describes how a line was used for the pacers and Cheptegei to stick to, ensuring a scientifically perfectly paced effort was executed. Of course I don't wish to take away his incredible effort which no doubt involved a great deal of pain and determination. But when it comes to this record breaking time, It feels more of a scientific experiment than a competitive race. I had a similar feeling as I watched Kipchoge break 2 hours for a marathon. Watching as a sports scientist, I could understand the various aspects of this performance, how he sat at his critical pace, the calculations and testing required beforehand, the clinical execution. I was left feeling this was an emotionless event, I am in no doubt I am wrong.

This led me to think about cycling and how there is a raging debate regarding the use of power meters in races. It’s when you see Chris Froome intently staring at his bike computer, riding to his FTP rather than focusing on the race that is going on around him, that you can really see why there would be an argument against them. Does the development of scientific knowledge correlate with a less enticing sporting spectacle? Would the sport be more exciting if there were more Alberto Contador’s in the mix, relentlessly attacking on the hills and animating the race?

Science in sport is everywhere, there are golf swing analysis, football stats forever, and even heart rate  zones in cross country skiing. Does this mean that sport is becoming more sterile? On the one hand, the modern olympics was founded on the purity of sport and the concept of pushing the human body to outstanding physical performances. It should be celebrated that these world records continue to be knocked down as the bar continues to rise.

But, does science take away from the raw contest of mind and body in a race? I understand that science is essential for an individual pursuit, such as targeting the hour record or a time trial, but this is different to a race environment. Take away the garmins, pacers, power meters and heart rate monitors, how different would the race be then?

I hope this article has given you food for thought. What would you rather watch; Team Sky dominating the front of a peloton, riding to power, preventing attacks and winning, or the top 10 general classification riders throwing in their biggest punches in Mont Ventoux?

Let me know your thoughts on the subject, email me at rf@innerfight.com