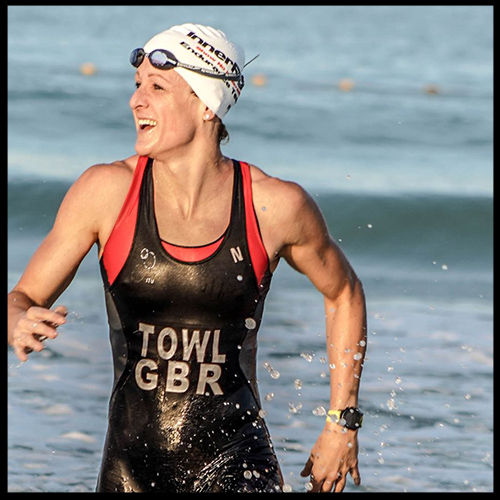 From the age of 6 when I begged my local swimming team to let me join them I had one goal: to represent my country. Back then my naïve motivation was simply because Olympic swimmers looked cool on television, but as I grew older I began to realise that I wanted to represent something much greater than myself. I became hugely patriotic and the pride of being an ambassador of my country on an international stage was always in my mind.

So what makes a dream like this a reality? Millions of children dream of becoming professional athletes, but less than 1 in 662,000 ever actually make it. We could go down the genetics debate here but that would take all day. The bottom line is I was dedicated, disciplined and gave up a typical ‘normal’ life growing up, I would do whatever it took to represent my country. I was also fortunate enough to have incredible support from my family. My mum would drive me (for hours and hours) all over the UK almost every weekend so that I had access to the very best coaches and facilities. She paid for my equipment, my coaches, hotels, physiotherapists and anything I needed to be better. Without her support and dedication I would have never had the opportunities that I had or be where I am today.

At 15, after 9 years of training every single day, sometimes twice per day, my dreams first became a reality.

I was coming of the back of a whirlwind 6 months, I had officially transitioned from a competitive swimmer to a Triathlete and everything was still very new, I literally barely knew how to ride a road bike but that didn’t stop me. My first Triathlon race I entered was the British National Championships, held in Eton.

It also doubled up as the selection race for the European Youth Championships to be held in Italy.

As always I gave everything I had. I crossed the line in 4th place and earned the last spot on the team for the European Youth Championships. I had to wait over 2 hours to find out if I had been selected. I remember so clearly feeling relief that all my hard work was worth it, followed by pride and almost disbelief. Had my dream actually just come true?

Jessica Ann Louise Towl: the girl from the small market town in the middle of rural England, the girl that was born extremely sick and dangerously prematurely had become an ambassador for her sport and her country, representing the Queen and every person in the United Kingdom.

My debut race representing GB in Italy I will never forget, it sticks in my mind more than all the other times I proudly raced internationally. The feeling of putting on your National Team Triathlon Suit, your name proudly displayed next to your country and flag for all to see is impossible for me to describe.

Still to this day I get Goosebumps when I think back to the first time I heard someone shout “GO Great Britain” to me on the bike. It really hit me then that I was no longer “Jess” and I was no longer doing this just for me, I was my country, I was Great Britain. I had earned this and needed to do it justice for every British person watching at the race or back home.

Over the years I went on to race around the world in Triathlon, Duathlon and Aquathlon. When you travel with the GB team, with the athletes, coaches and support staff, you are all wearing matching GB tracksuits. People would stare at us walking proudly together as a team, they would ask us what we were competing in, where we were going and always wished us good luck. I felt a HUGE responsibility to my country and wanted to do British people proud!

Not all dreams come true and that’s ok. I never made it to the Olympic Games, I never earned the right to stand on the top of the podium at World or European Championships. I didn’t get to listen to my National Anthem play as I stood on top of the world.

BUT I did get to be on that podium, just slightly lower down, the Union Jack flapping proudly behind me. If less than 1% of athletes get to represent their country, the chances of winning a medal must be insanely low. Things happen in life, we change as we grow older and I have made peace with the fact that I didn’t see my dreams through to the end.

For all those years the competition was about so much more than the opportunity to win a medal. It was about always about the chance to compete for my country. The chance to wear the red, white and blue proudly on a world-class stage, the chance to make 6 year old Jessica’s dreams come true.

What is my next goal? I have represented my country in Triathlon, Duathlon, Aquathlon and CrossFit. I now want to represent my country at a different sport entirely, to compete at the Spartan World Championships. Watch this space!