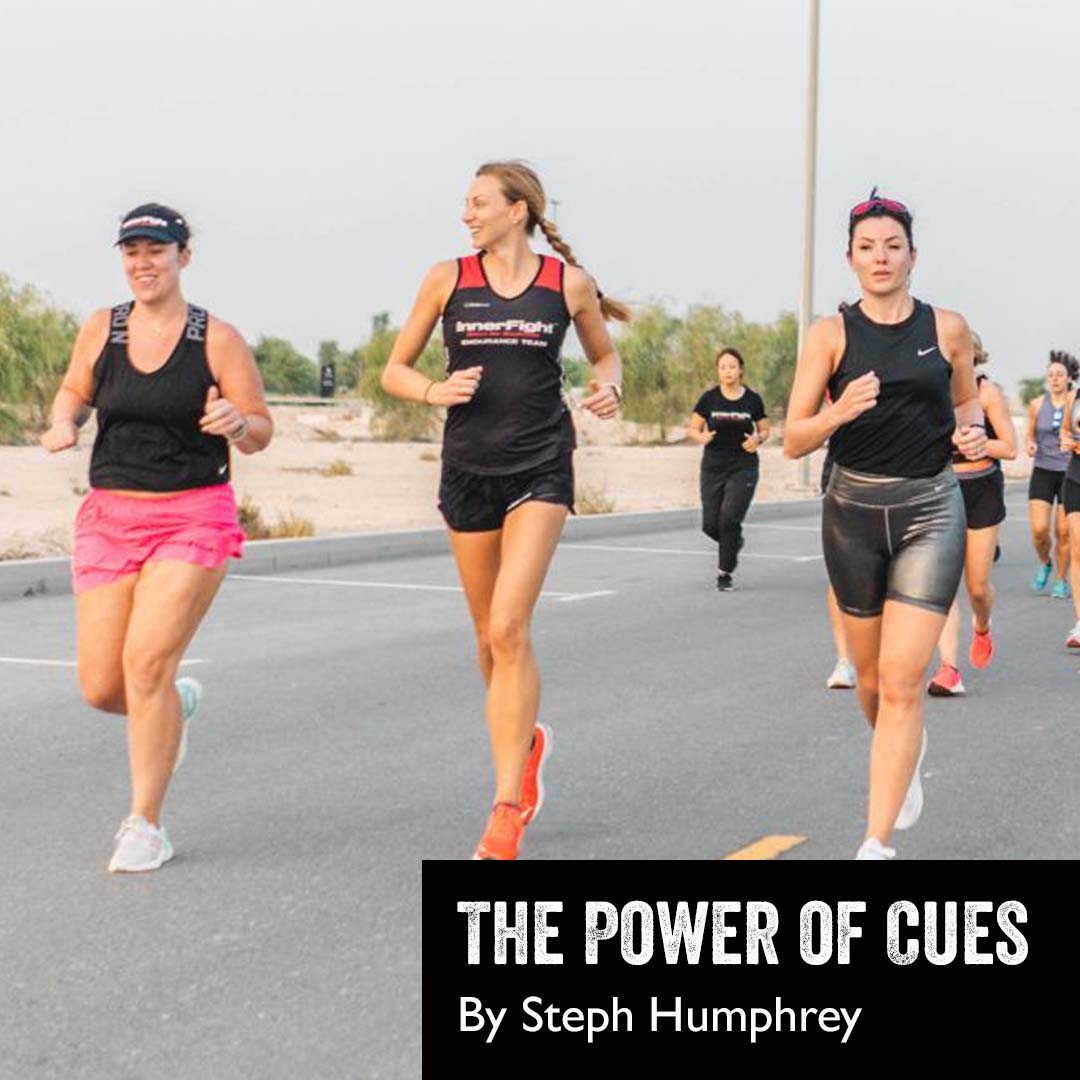 If you have never seen yourself run, I recommend that you have a look, it’s likely that you will be surprised.  Ask a friend, coach, or simply set up your phone on selfie mode and film yourself running. In just a few seconds you will probably notice a few things that you didn’t realise you were doing whilst running.

Running is arguably one of the most natural movements, but we all do it differently. Everyone has their own running style, which is usually geared by their lifestyle and background. You might have broken your ankle when you were a teenager or you might sit at a desk for 8 hours a day, the list is endless for reasons as to why we all run differently.

Whilst there is not necessarily one “right way” to run, there are certainly ways that we can all make our own run form more efficient. And in turn, allow us to run stronger, faster, and more economically. But how?

If you have ever attended a coached running session, you have probably heard some running cues. These cues often allow athletes to bring their focus back to their run form, as opposed to daydreaming through a session. Whether you are daydreaming or running fatigued, both scenarios can create a break in run form, but cues from a coach or even just yourself can help you immensely.

Three top cues you might hear at a coached session that you can also cue yourself on when running are:

1. Run Tall
Essentially, we are looking for the foot to be landing underneath the hips, and not have the upper body break at the hips. Getting the foot placement correct, means that the rest of the running phase will become easier. If a runner lands with their foot out in front, the force applied on landing dissipates, meaning that more force has to be generated take off again. Instead, when landing with a flat foot (tripod landing) under the hip, it allows utilisation of the short stretch cycle (SSC) in the foot. This in turn creates free energy to spring back off the ground into the take-off position.

Furthermore, breaking at the hips automatically shortens the hip flexors, which hinders the knee drive, resulting in creating less air underneath the body to cycle the legs.

Something that you can easily use to remind yourself of this is to imagine that a string is running through your torso and head, pulling you up and slightly forward.

2. Use your Arms
Most runners forget to think about their arms whilst running. The arms actually set the scene for a runner's cadence; what our arms do, the legs follow.  For most people it’s one of the biggest improvements that can be made to their run form. Think about keeping your shoulders relaxed, move arms dynamically to the rear by driving from the elbow, and keep your hands soft with thumb and index finger touching.

3. Relax your shoulders, hands, and mind
Whilst to run well, a runner needs tension in the ankles, hips, and core, it is often the case that unnecessary tension develops in other areas of the body, especially once fatigued. Just look at race photos from the beginning of a race versus the end of a race, and you will probably see where your tight spot is. For many runners, it’s held the shoulders and hands. Checking in with yourself during a run and reminding yourself to relax any unnecessary tension when the going gets tough can help both physically and mentally.