HomeCoaches ArticlesThe best fun I’ve had with a bar 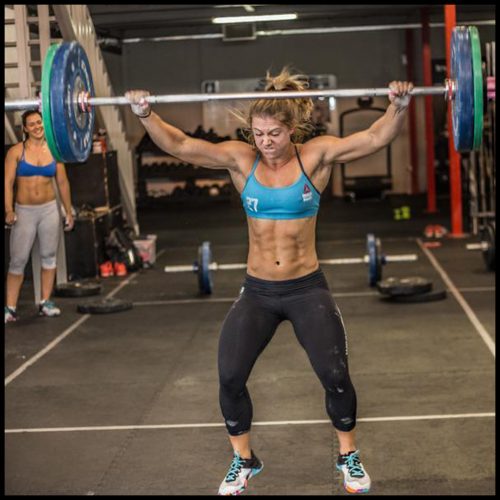 September 2015 in a small town called Hveragerdi, you get one guess for the country!?

This was the place where one of the first “Weightlifting101” camps were held.

“Weightlifting101” is weightlifting training for Crossfit athletes. The style used by the founder Eric Lau Kelner was Bulgarian weightlifting. If you are not familiar with this, have a look at the video below.

Max out in snatch, clean & jerk and front squats multiple times a week

The principles and core idea:

If you want to perform you need to push to the limit as much your recovery allows you. Not suppose or predict where your limit is- just push until you reach it. Assess, analyze and learn through the process, but keep pushing the limit. You will adapt and reach a new level.

In retrospect this probably wasn’t the best way of training combined with Crossfit workouts. The principle of pushing to the limit every session is what I will never forget. It’s what made us better, the way we had dig deep in each session like you would do in competition.

The atmosphere and feeling created around those max out sessions was better than any drugs you can find on this earth!

A session warm up would start off with classical music like the sound track of lord of the rings or batman. Something that makes you feel like you are preparing for battle. Warm up would be were we focused of technique with an empty bar. This would go up to 30-40 min of just empty bar work. Drilling in the reps, if someone fucked up the routine or did a bad rep, stepped forward or even breath wrongly. The whole group would have to start over again and again until everyone had it right.

Now we were ready for the max out! Change in music - DAKKE DAK psychedelic trans /techno would bring you in the right state of mind.

There would be one bar loaded in the middle of the room.

As soon everyone lifted the bar the last person adds on the weight.

When you’ve missed a weight you get two more attempts. After three fails you’re out.

This would go on until the last person has failed three lifts.

We were not allowed to talk, just nodding our head to the beat of the music.

When someone was going for a heavy lift we would shout “KOM NU!” means "come on" in Danish.

The gym we trained in was a basement with walls painted black and no windows to get any day light in.

It wouldn’t matter even if it had windows, there was barely any sunlight in Iceland.

All we did was train, eat, nap, train again , eat, sleep for 7 days straight.

First session of the day would be max out session, second would be a brutal Crossfit workout with a barbell and most likely a few burpees.

A classic example would be a 10 -1 consisting of 2 or 3 barbell movements that you had to preform unbroken.

You would do 10 power snatches unbroken than if you knew you could get another 10 from the hang without failing you could hold on. But let’s say you failed rep 9 of 10. You would have to start all over again. Workouts like these is were you get to know how far you can push. You get to know your abilities and this is what will give you the advantage in competition. Knowing when you are going to fail before failing.

If you break the set or do a bad rep, loosing balance and step forward.

And redo that whole set from scratch.

There was no such thing as a time cap. Either finish it or you go home.

Hands would be bleeding and some guys would barely be able to pick up the bar but everyone just sucked it up. The whole group would wait until the last person was done.

Moments like this is what made me enjoy lifting, the feeling of camaraderie, unity, the pounding techno music which made you push trough your limits like you never believed was possible.

The workout you do is not what matters it’s the effort you put into it that makes you remember it.

Although training like this was fucking epic and I had the most fun during those training session!

It wasn’t sustainable and injuries happened often. Which is normal when you push your limits all the time. I’ve learned so much over the past years about volume, recovery and adaptations. It’s not something I recommend if you thinking of longevity and health.

I have to admit never have I been stronger than when I trained like this! It works 100% but you have to take in consideration the high risk of injuries.