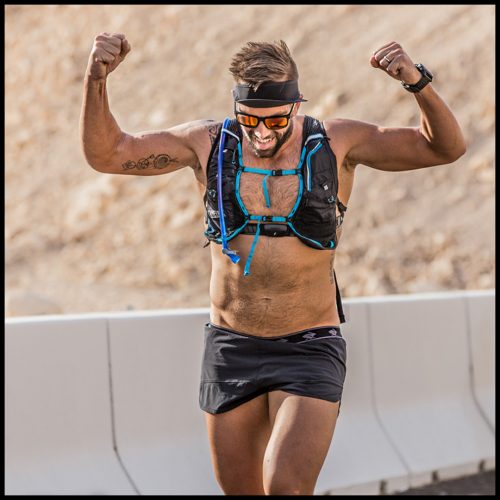 I would bet that the majority of you have heard of runners high, maybe some of you have been lucky enough to experience it, and perhaps some of you have absolutely no idea what I am talking about because well... you hate running.
Runners high is really the layman's term for ENDORPHIN RUSH. If we break it down it comes from 2 words: Endogenous (from within the body) and morphine (an opiate pain reliever). Recent research shows that the ability to get high from running is hardwired within us. Years ago, our ancestors survival more than likely depended on chasing down food. Motivated by hunger these runs would be long and sometimes fast! The brains reaction by releasing these chemicals may have helped them to reach the distances and speeds required to eat.
Endorphins are produced by the bodies central and peripheral nervous systems as a direct response to pain. Three main forms of endorphins are created and called the A, B and Y endorphins. They are considered a natural pain blocker due to the fact they activate the same opioid receptors in the brain that are responsible for pain reduction.
In the central nervous system, the endorphins bind to a receptor that as a result, increase the production and release of dopamine. Dopamine being a chemical in the brain that gives us feelings of euphoria, (the runners high).
This runners high is generally considered a good thing but if you look at narcotics such as cocaine and heroin, they also cause large spikes in dopamine leaving the user wanting more and more of it, it becomes addictive. This is the same dopamine that has all of the ‘influencers’ and teenagers clawing at their phones every 30s to check out Instagram likes which provide that ‘feel good’ hit. At what point does this dopamine hit become negative?
Studies show the exact duration and effort required for you to experience this ‘high’ from running is very individual. Push yourself hard but not too hard. You need to find the sweet spot where it is comfortably challenging (tempo run is a perfect scenario). As powerful as endorphins are, they cannot combat the pain of injury or subsidise a lack of training which is why if you are new to running, you may need to wait a while for the ‘feel good’ feeling!
Even better news though, a study from Oxford University found that running in groups significantly increased endorphin release compared to running solo, so get yourself down to InnerFight Endurance #TrackTuesdays or The Coffee Run on a Thursday and you will be far more likely to get ‘high’ on running!
By: Rob Jones, Endurance Coach