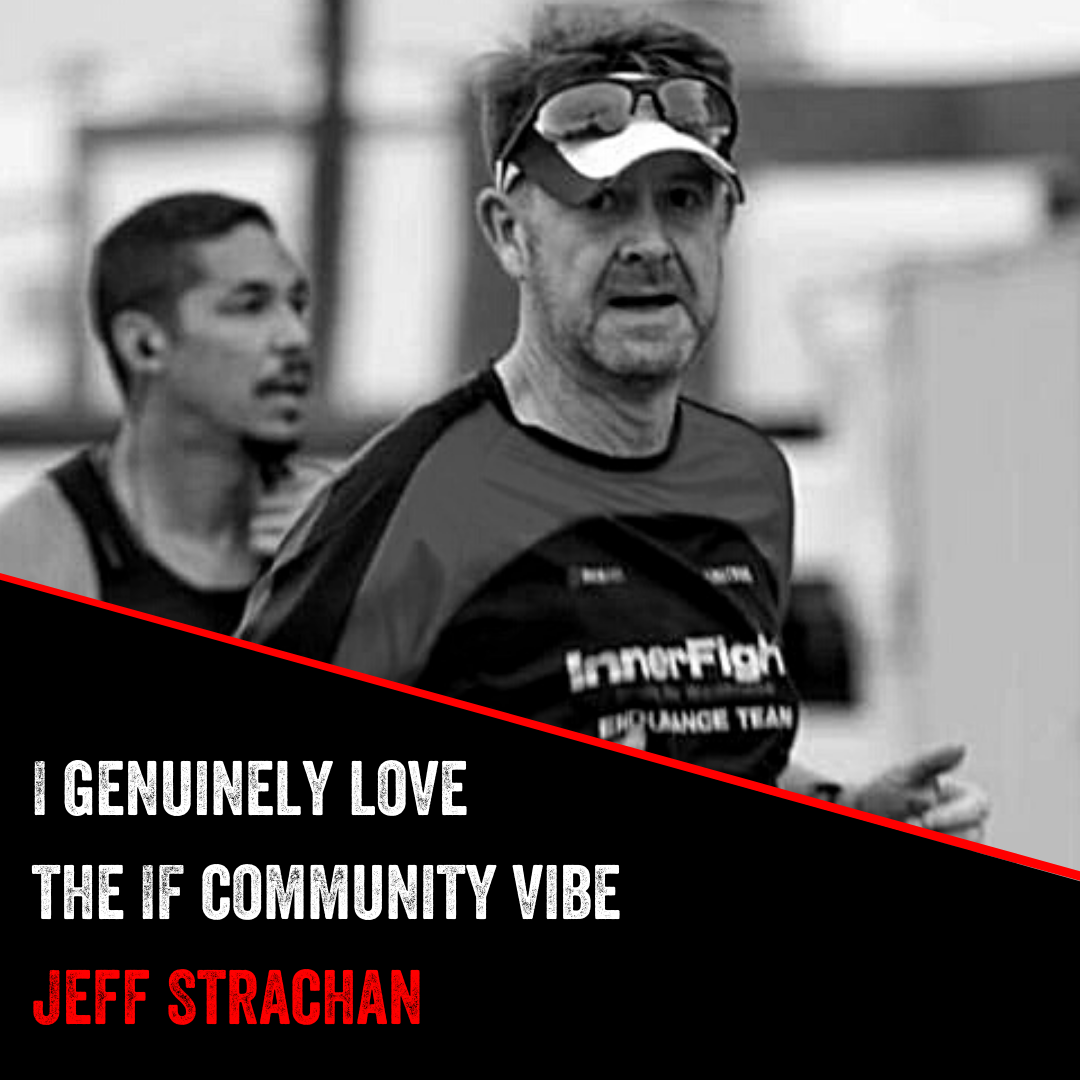 Who are you and what do you do?

I am an early 1970's Scottish Child, schooled on all things Simple Minds, Big Country & Deacon Blue ! In my teenage years I participated in anything sport from Badminton to cross-country from Hockey goalie to footie midfielder. Any excuse to play sports was a good excuse. The hotel business brought me to Dubai in 2000 and probably contributed to 20kgs more than my 5ft 6inch frame should carry. I now work at Dubai Tourism with the Dubai College of Tourism.

What sparked your interest in joining IFE? What were your goals/struggles?

I encountered the IF crew on a few occasions here and there and watched on to the various successes from the sidelines, on reflection I was intimidated. A few runs with Marcus during his 30 marathons in 30 days and then a seriously sore first Dubai Marathon in January 2019, followed by a 'bonk' during London Marathon made me put a call into Marcus in June 2019 for some help. I knew I needed to be within a community and to have the keen eyes of a coach on my case, if I didn't I would continue to struggle with injury or focus.

Did anything surprise you as you have progressed through your training program?

I have been surprised with how fast the gains have been made, yet it has felt like a very smooth training curve. I shared a whole bunch of goals and times with Rob Jones in June '19 and the way the entire plan has mapped out has led to some huge speed gains. I didn't feel a massive 'jump' it just progressively happened.

What was the biggest impact / change in you or your life?

Weight. That 20kgs is gone! I can't even begin to explain how many comments people have made about my weight, especially in these last two months. From a running perspective confidence and now, expectation. A year ago  and definitely carrying too much weight, I wanted to survive a marathon, now I expect to hit a time and feel that time goals are realistic goals to set. I don't mind the pressure of a time goal now, whereas before, I wouldn't have had the courage to set a goal.

What results have you seen?

So many to mention. I've had to buy new suits, shirts, shorts, t-shirts. Be $$$'s warned, over and above the IF membership I've had to shell out for a entire new wardrobe!
I am so much more conscience of nutrition, protein, carbs and sugar and I can now feel running pace pretty much without my watch. The pace and the nutrition advice really helped to smash the goals so far this year, but the big contributor was the community. It really really helps to be surrounded by so much energy, encouragement and good people.

How do you feel now after completing a training block with a running coach?

I try to have one big goal or race every other month to work towards. I really like getting the weekly plan in Training Peaks. I can plan out my week and really look forward to seeing what the track Tuesday session is. I build the run strong programme into my diary so it is sometimes morning, sometimes evening depending on what else I have going on, but the 45 mins of run strong is really great and gets done at home.

What would you tell someone who is thinking about joining?

Get along to track Tuesday. I found myself struggling at first but once you get over the first couple of weeks, it's brilliant. There are some really rapid athletes and it's nice to see the level they are at and take some real inspiration from how hard everyone works. It really doesn't matter what level you are at, just get out and run.

What are your learnings from Innerfight Endurance?

I've been fortunate enough to join a few IF endurance camps. At the start I didn't know anyone except coach Rob and Marcus, but the IF crew were so welcoming. I came to realise that everyone just wants to run, they have goals and they have struggles just like me. I will never forget an evening in September '19, we were on a camp on the big stinker route. I was two thirds of the way round my 2nd lap. I was done, it was humid as hell and I was clean out of water and fuel. I laid down and ready to spend the night next to a rock, I had completely given up. From nowhere appear three IF guys on their way down at the start of their 3rd loop. All three of them had been at this lowest of low points before, they knew exactly what was going on. One sacrificed his own fuel and handed me a GU gel (awful) told me to suck it up and get the march done. I survived, made it back to camp and emerge stronger and wiser, knowing the IF community is a beautiful community and that I have to carry much more fuel than I could ever.