HomePregnancyTestimonialsLaura: The Super Mum & her Pre/Post Pregnancy Training
Traditionally, pregnant women have been encouraged to reduce levels of physical activity due to concerns that exercise could negatively affect pregnancy outcomes. However, more recently these conservative beliefs have been proved wrong, not only by extensive studies but by the women themselves. Laura Haddow is one of these incredible women. With small adaptations here and there, Laura trained all the way throughout her pregnancy and even up to the day of giving birth to beautiful baby Leo. With the support of her husband, Paul and her close knit community, Laura fought back against the misconception that pregnant women should diminish their training regime and as a result, has come back stronger than ever and is an absolute role model to other women. This is her incredible story...   Q: Can you tell us a little bit about your story before starting CrossFit? A: When I was younger, I was really active doing sports like netball, skiing, swimming, gymnastics, sailing and horse riding. I moved back to the U.K. when I was a teenager and stopped everything. After that, I HATED exercise. It always seemed so hard and I couldn't ever seem to find the motivation. I just felt like I couldn't do anything. I was so weak that I couldn't even do a single push up. I didn't really do any real form of exercise for a long time. After I left University, I eventually started doing some group exercise classes which I enjoyed much more than working out alone. But, It wasn't until I found Crossfit that I found something that I really loved. Q: How did your journey first lead you to CrossFit? A: I was doing some of the circuit style/HiiT classes at another gym. When I came out of the class, the guy who was coaching the Crossfit sessions came over to talk to me and told me that I should try his classes instead. I thought he was joking at first - the classes looked terrifying! Lots of noise, lots of scary strong people. I was eventually talked into it. I tried out my first class where I only used a pvc pipe and then an empty bar to do deadlifts. Several months after that I joined InnerFight and haven't looked back since. [caption id="attachment_23393" align="aligncenter" width="500"] 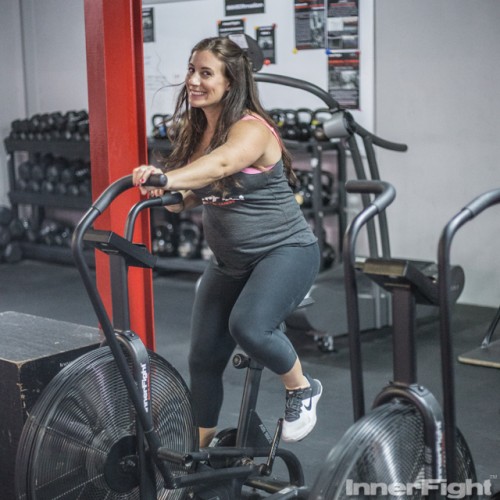 "I told myself then that I was going to train the whole way through pregnancy. And so that's what I did. I actually went into labour in the evening after I had completed a Thursday Therapy session in the morning."[/caption] Q: How much training were you doing before you fell pregnant? A: I trained pretty regularly at Innerfight before I became pregnant around 5x times a week - sometimes joining the gymnastics and weightlifting classes too. Q: When you fell pregnant, what were your first thoughts regarding training? A: In the very, very early stages I stopped any intense training just as a precaution. I had previously had a miscarriage and I was a little worried in the early stages again until I had the first scan at least. In the back of my mind I wasn't really sure whether it was going to happen again. I went on holiday for a few weeks during this time so it was actually the perfect opportunity to relax and take time away from the gym. [caption id="attachment_23398" align="aligncenter" width="500"] 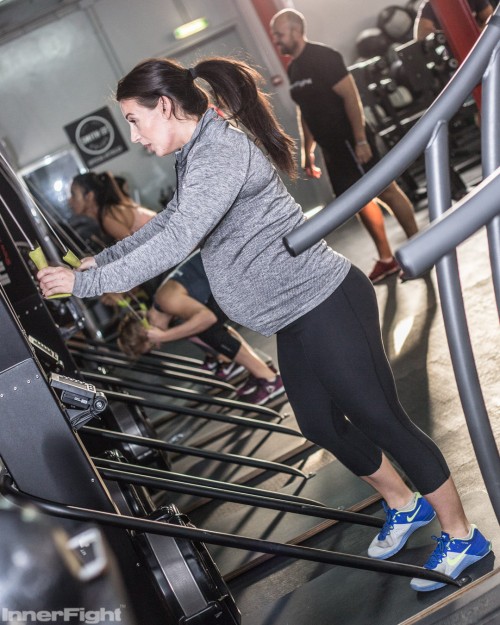 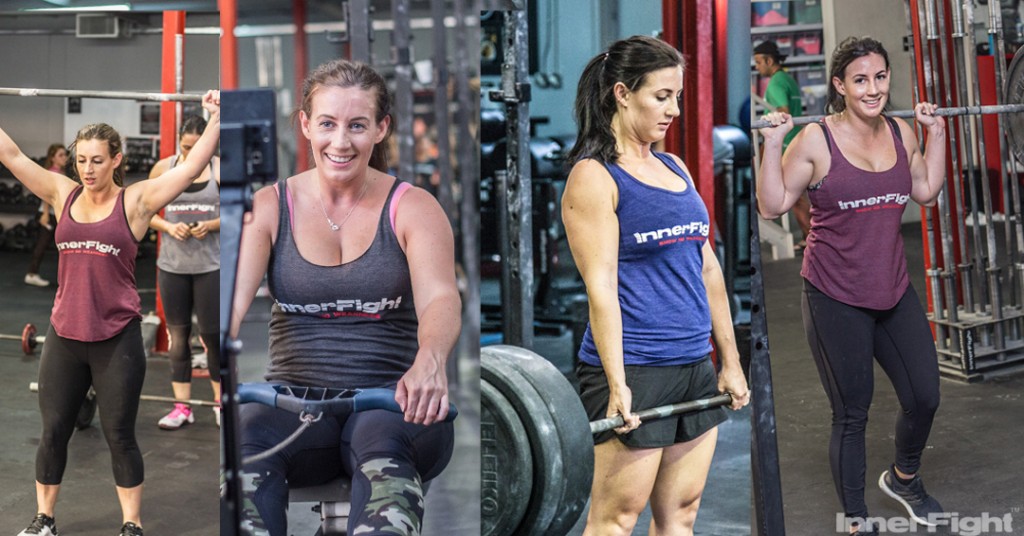 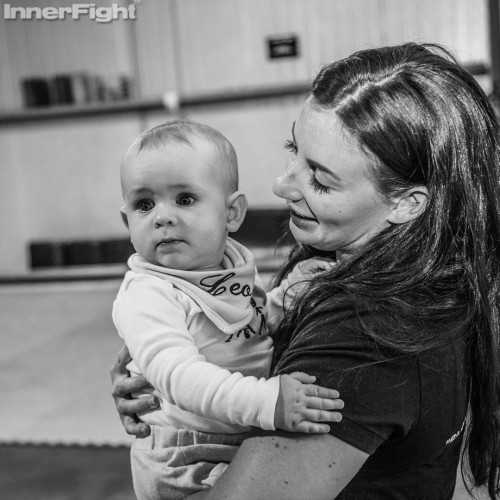 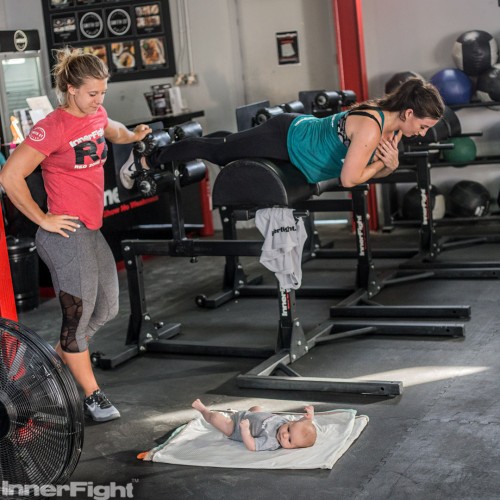 "Your body will change and that's ok. It's more than ok - it's amazing."[/caption] Q: What advice would you give to other women who were in your position? A: Speak to your coaches. Watch your diet - don't see pregnancy as an excuse to over eat. Train. Find time to relax. Your body will change and that's ok. It's more than ok - it's amazing. Q: Can you tell us the biggest lesson you’ve learnt in the last year? A: A stolen quote but I think this sums it up quite well- "becoming a mother is learning about strengths you didn't know you had, and dealing with fears you didn't know existed." And secondly, sleep is very important! Q: What do you still hope to achieve? A: I want to set the best example for Leo to let him know that he can do anything! I plan to try some new things. With the help of Heidi Jones, I'm going to do some trail running and I also attempting some running/obstacle events such as ToughMudder. [caption id="attachment_23394" align="aligncenter" width="500"] 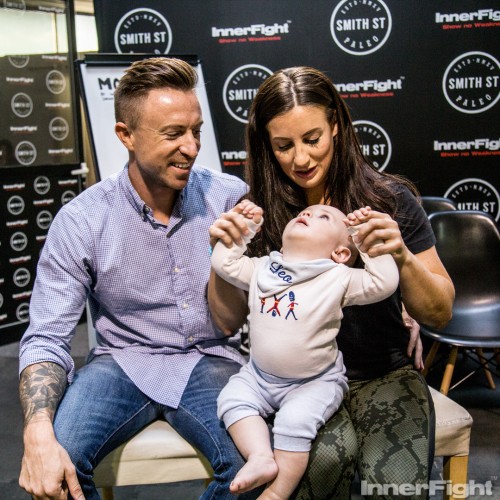 "I want to set the best example for Leo to let him know that he can do anything!"[/caption] Feeling inspired after reading Laura’s story? Of course you are! If you are new to CrossFit then come and sign up to our NEW STARTER program and we’ll get you on the road to your new adventure. Or if you want to know more about how we can help with your pre/post natal training program then drop us a mail on winning@innerfight.com and we will be happy to discuss your options