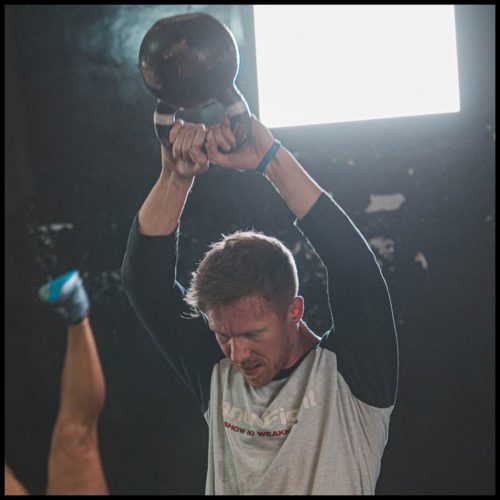 The Kettlebell Cold War - Which is better Russian or US Swings? When should you use each variation? And what are the key differences in the two swings? .

Firstly, we should mention there are Pro’s & Con’s to each swing and they should both be used in different areas of your training for different purposes. The main reason American Swings are used in CrossFit is because it is easier in competitions to set a Standard with the American Swing. But this does not mean the Russian Swing is the Easier or Scaled Down Kettlebell Swing in fact quite the opposite. .

On both Swings the start of the movement looks the same, with aggressive hip extension, the only difference is in the direction in which the athlete then propels the Kettlebell. But there are many differences between the two Swings and therefore different applications for each:

Overall we like to use the American Swings in a longer more Aerobic Conditioning Piece, where our Athletes can Practice Competition Standards but also breath easily and control the movement to perform it safely. On the other hand, we use the Russian Swings for Strength Training to build up the Posterior Chain, Speed & Power Training alongside Plyometrics and in more Intense workouts to ensure the Athlete avoids injury while still benefiting from the effects of a Kettlebell Swing.