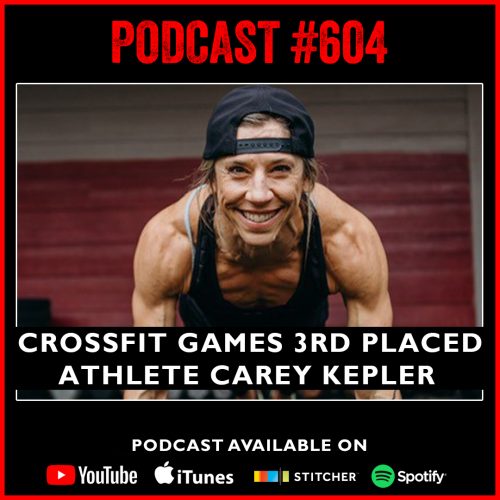 Carey Kepler, a wife, mother, business owner, motivational speaker, top-ranked athlete and coach who resides in Austin, Texas. Carey is the co-founder of CrossFit Central, a business she started with her brother with the mission of building a fit community in their city. Since 2006, Carey has worked as a coach and inspirational speaker and played a dynamic role in seeing the lives of thousands of people change. Carey’s greatest passion is helping others find their purpose, set goals and live an intentional life. Carey, herself, is a world-class athlete who took the “3rd Fittest Woman in the World” title for her 3rd place overall at the 2009 International CrossFit Games –surpassing over 75 nationally ranked female athletes. She returned to the Games in 2010 & 2011 at an individual and in 2012, she qualified with Team CrossFit Central at the Games to compete alongside the top 50 other teams from around the world.
Carey was incredible to interview from start to finish. She has insane energy and passion for helping people, and at the same time it is obvious she has built a great business. One thing that kept coming to me over and over during the show is that she has remained genuine and authentic all through her journey as she was telling me how she still gets the greatest satisfaction out of working out with friends, family and members at her gym.
Just wait for her answer to my final question….talk about nailing it.
Enjoy the show.
Marcus
Connect with Carey
https://www.instagram.com/careykepler/
https://www.crossfitcentral.com/
How to tune in:
If you have a question for the coaches mail us right now and let’s get it answered for you. Thanks for tuning in we hope you enjoy the show! Smith St Paleo is our show sponsor, check out loads of delicious recipes here