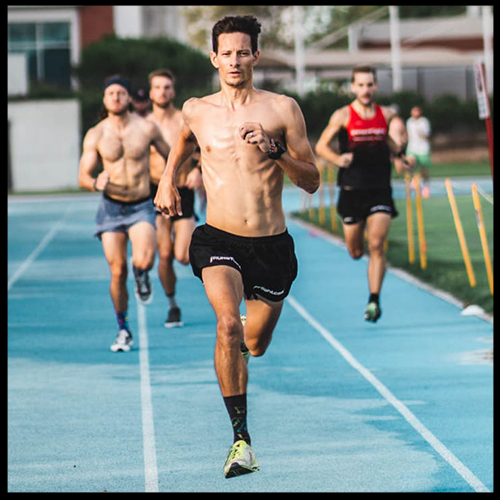 The important role of genes in athletic prowess is beyond argument, to be at the top of the game, especially in sport where physiology has a greater bearing on the outcome than skill alone, you have to be wired the right way. The genes passed down by your parents are responsible for everything you become, quite literally. From tongue rolling through to your responsiveness to intense training, muscle fibre composition and pretty much everything else at a cellular level. Around the top 1% of elite endurance sports athletes have good genetics, but aside from that they require various other qualities, such as determination, competitiveness, and the ability to suffer. The role of talent and genetic potential has dominated the thinking of sports institutes and scientists for decades.

These traits will define whether you make it to elite sport. For everyone else, it comes down to asking yourself why you do your chosen sport. Is it because you are naturally good at it or because you enjoy it?

The increasing popularity of genetic testing began when science started exploring marginal gains and the best methods of training. There are now many companies, such as DNAFit, Genomic Express and Orig3n, that have become widely available and at a reasonable cost. They send out a nice package that allows you to take a swab across your cheek and post a sample of your genes to a lab for analysis. These tests will tell you things like; what you are predisposed to be good at, how you recover and certain things you may be at higher risk of developing. Based on your individual genetic variants, they can tell you what diet works best for your body type and what training allows for sufficient adaptation.

These tests look at up to 42 different genes that indicate genetic traits associated with athletic ability and reactivity to the training stimulus. One particular gene that has received a lot of notoriety is ACTN3 or the ‘speed gene’, this gene has been postulated to predict sprint and power excellence as variants of the gene affects your percentage of type 2 or ‘fast twitch’ muscles fibres. Although, the absence of this gene has not been found to be a predictor of superior endurance performance and many studies have found contradictory or inconclusive evidence.

An indicator of endurance performance is thought to come from the ACE gene variants, which are broadly associated with blood pressure regulation and the balance of fluids and salts, and the gene PGC1A which is associated with mitochondrial efficiency and a key regulator of metabolism. However many studies were not verified by quantitative analysis and lack statistical backing. So of the 42 ‘fitness’ genes that are tested, hard evidence is not abundant. This subject is super interesting and when more research is done with more conclusive evidence, the more confidence we can have in genetic-based training recommendations.

In terms of the over the counter tests, the results are often generic or ambiguous.
An article written by Pickering and Kiely found that of the bunch of tests taken, the same genetic results were found (unsurprisingly), but the interpretation of these results was massively different, often offering contrasting advice.

So can we benefit from taking a genetic test? Yes. But, I am by no means saying you go out and order yours now. The test’s goal is to determine whether you would perform better at speed and power sports, like sprinting or football, or endurance sports like distance running, or whether your genetic composition is a combination of the two.

My question is, should we let this dictate how we train or what we chose to do as a sport? On both counts, I believe the answer is no. The information from these tests should only be used by the top 1% of athletes who actually get paid to deliver results. It shouldn’t really matter that we don’t have the correct % of particular muscle fibers that are necessary to be great in our sport or that high-intensity training doesn’t elicit the best responses from our body. There are so many additional issues that us mere mortals have to consider; the school run, eating what is quick, getting an hour of training in because that’s all your day allows. In the end, it really boils down to realising the main and big reason why we do what we do, we do it because we chose to, not because we are predisposed to. Do what motivates you, what gives you a sense of satisfaction, and what you enjoy! Because 10 years down the line, what will have kept you going?

[This is not me having a go at genetic testing and the associated information it can highlight, I just believe that the vast majority of us train because we enjoy it.]

The love of sport comes from what it gives you, not what you were made to do.
Enjoy life and do what you love to the best of your ability.