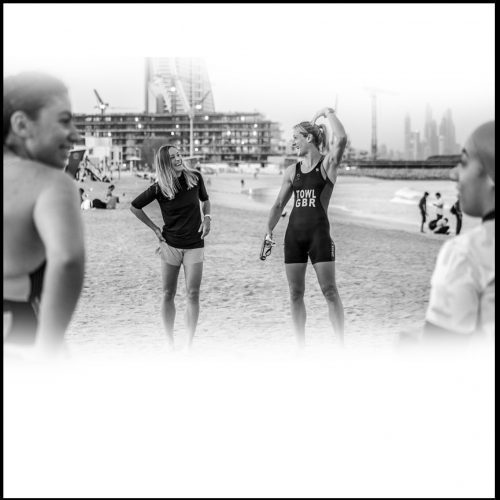 The battle of the sexes has been long documented, especially in sports. Women have made tremendous strides in both novice and professional competitions, but the question of attaining a truly even playing field remains uncertain.

When it comes to sports performance, things are not equal. Men are generally stronger and faster than women thanks to their physiology. However there have been claims made over the years that the longer an event goes, the more advantages women may have over men.

Researchers believe that ­women are still far from achieving their full ­potential as athletes, a sentiment that is buoyed by the simple fact that women have been compet­ing in ­endurance sports in large numbers for a ­rel­atively short amount of time. For example the first woman wasn’t allowed in the Boston Marathon until 1971, seventy-four years after the event was born.

The rise in endurance events in recent times has subsequently lead to the rise in female participation and in the last 20 years it has increased by more than 1500%. This increase has lead to huge leaps in the performance of women. For example: Paula Radcliffe’s world record marathon time of 2:15:25, set at the 2003 London Marathon, is 30 minutes faster than the women’s record from the mid 1970s, whereas the men’s time only dropped by 5 minutes from the same period. Female Ironman Triathletes are currently two and a half hours faster than the fastest female time in 1980, while men have shortened theirs by an hour and a half.

Currently there is an average of a 10-12% performance gap between elite males and elite females in endurance sports such as swimming, cycling and running. This gender gap, although closing, does remain due to biological differences affecting performance, but it is also influenced by reduced opportunity and socio-political factors that influence full female participation around the world.
The interesting exception in this statistic is found in ultra-distance endurance events. The rising popularity of mixed gender endurance competitions such as 150km+ runs, cross-country cycling events and 24-hour obstacle course races have given women more opportunity to compete alongside men, with very intriguing results. We have seen ultra endurance races crowning female champions with increasing frequency. In 2019, Jasmin Paris famously became the first women to win the 268 mile Montane Spine Race, smashing the record in the process. Katie Wright beat 40 men to win Riverhead Backyard ultra marathon in New Zealand. Obstacle racer Amelia Boone took second overall, a 24-hour championship race during which she covered 144km.
Lael Wilcox became the first woman to win the Trans Am, a 4,300-mile unsupported cycling suffer fest from Oregon to Virginia. She completed the route in just over 18 days after passing male Greek rider Steffen Streich in the middle of the final night.
The average time for women swimming in the Catalina Channel swim (32km of rough conditions) is 7 minutes faster than the average time for men. What’s more is that women hold the overall records in both directions, mainland to island and island to mainland.

Such growing examples of stand out performances by women, in a sport that generally sees male-dominated fields (84% of competitors in races that are more than 50 miles are men), have ignited discussions by athletes, coaches and researchers as to whether women are better at ultra endurance.

As we know the male physique with on average, longer legs, bigger heart, larger lungs, greater glycogen stores and of course extra testosterone, is generally seen as conducive to enhanced athletic performance. However, when distances get longer and it comes to endurance over power, women have just a few small inherent advantages. One of those might be that the hormone oestrogen influences muscle fibre size, weight, regeneration, and contractility. Higher levels of oestrogen mean that women are able to better protect their muscle membrane meaning that their muscles function more consistently and without as much fatigue over really long hours of exercise.


Women also rely less on carbohydrates and more on fat for fuel than their male counterparts, which has its advantages in ultra racing during the latter stages. They generally have a higher percentage of vital body fat and as success in endurance relies significantly on the ability to fuel effectively, their ability to utilise the huge calorific reserves of fat stores that the body holds becomes vital.

Another contributing factor may be that women have a greater proportion of type I muscle fibres, so their endurance capability is greater. In comparison, men appear to have a higher proportion of fast twitch muscle fibres and have a greater power output compared to women.
Being generally smaller means carrying less weight and therefore stressing the body less. Being shorter can also help, short legs can offer an advantage as they are more suited to a quicker turnover and a faster cadence ensures efficient use of the elastic energy created during our running stride. A lower centre of gravity also gives an advantage when covering more technical terrain.
At the same time most females carry more lean mass is in their lower bodies and a typical woman’s body shape means that they generally have a larger surface area to mass ratio, which enables heat to dissipate from their bodies quicker. In endurance sports this is so often played out in extreme conditions over long periods of time regulating temperature is key and so this can be a big performance booster.

We can see that women do have several physical strengths that may help when events get longer. However the issue is making comparisons between men and women is difficult, success among women in ultra endurance races may be down to the fact that these are niche events and the small numbers of female athletes who do compete make any kind of analysis or extrapolation challenging. As ultra races get longer, the percentage of women competing in them also decreases. It is therefore highly likely that the few women who choose to run distances approaching 300 km at a time are already some of the best runners around.

The truth of the matter is, if you want to predict who will win a 5km race, you can take them into the lab and get a good sense, but if you want to know who’s going to win a 300 km race, there is simply not enough evidence out there to say with accuracy that one sex has an advantage over the other at any distance.  But maybe that is what makes endurance so interesting. When we line up nobody knows with certainty what is coming next and who will cross that finish line first.