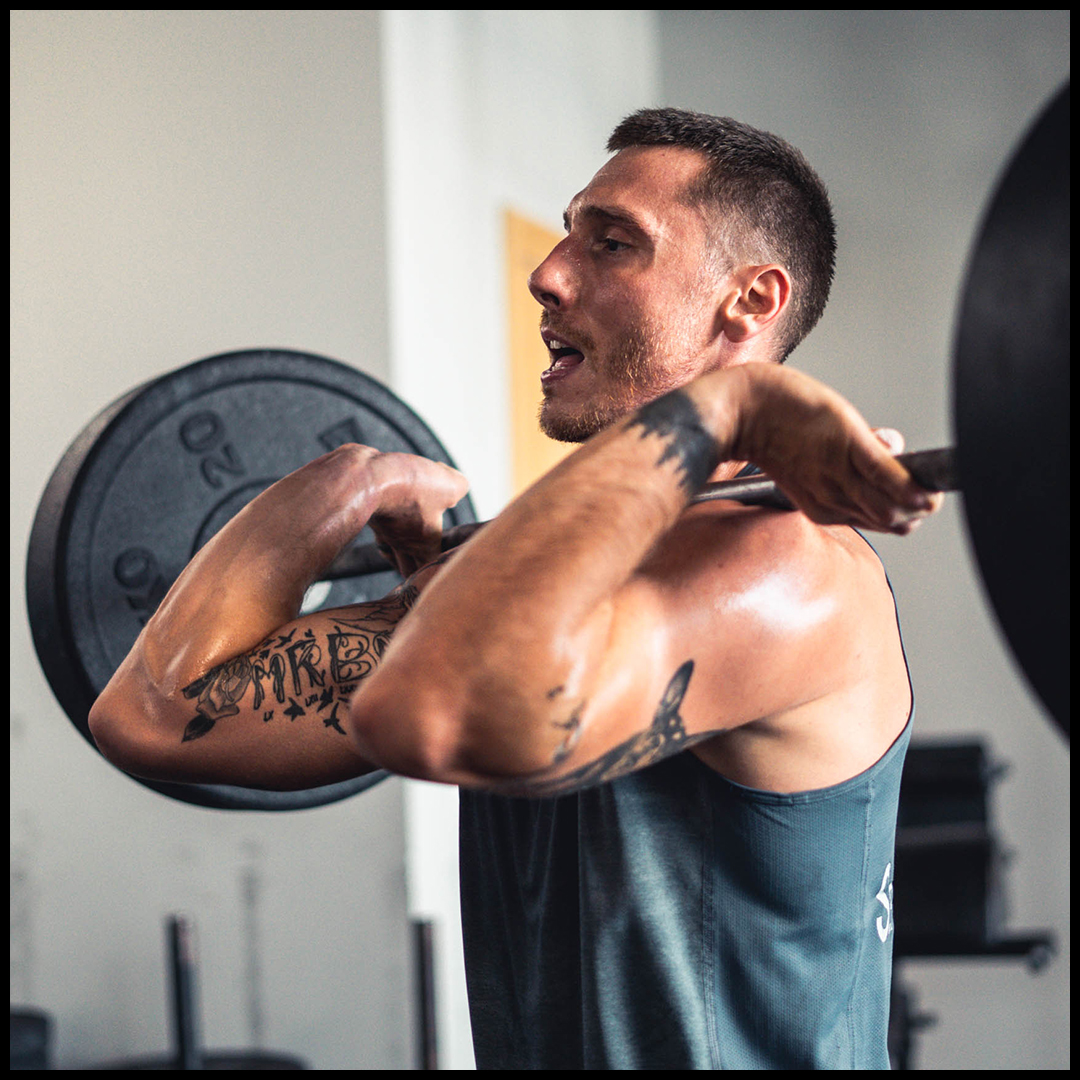 Reason for that was absurd but true, it was a period of time when a real conflict between Serbians and Albanians started. It was beginning of the civil war.

Back then there was a “big public secret”. Any time Serbian boy was born, his chances for survival were minimal. One of the head nurse’s in the maternity hospital would literally murder them. At that time my parents were highly positioned in society and they didn’t want to take any risk so my mom relocated far to the north to my uncle’s town. Especially because I was the only boy after two sisters and in Serbian tradition is mandatory to have a boy who will continue  tradition and last name.

Straight after I was born we moved back to home town Prishtina Kosovo and Metohi, until 1999. NATO bombing started in Serbia especially in South part of Serbia where I use to live. Few weeks after war has started my sisters and I relocated up north leaving parents behind until the end of war. By the time we were in danger zone Prishtina, me as a kid didn’t realize how huge impact entire situation could have to my life, until later on.
In the end of the war my family and I moved just next to capital of Serbia. It was period of time when I was entering puberty. As I like to say most dangerous years if human life. Time when we build up character and body shape that will lead us in the future.

Because of the circumstances and stress I have gained a lot of weight and was literally obese.
Being new kid in the street, block and school I was great opportunity to be bullied from other kids and in return I have developed very aggressive attitude.

Thankfully few months after I discovered handball and I can freely say that it became my  first love.
Handball as sport is pretty much aggressive, similar to rugby but as a bit softer version.

Being consistent day by day, training pulled me out of the streets and all the negativity I had at that time in new environment. As days and months were passing I started progressing in handball and my body started shaping up into athletic person. My confidence and self respect went up.

Few years after I was invited to a handball summer camp, tournaments and then national team, when I started traveling for the first time out of Serbia. Because I was giving a lot of myself into handball I didn’t pay attention to the school as much I had plan to become a professional handball player. Injuries become part of my life, almost weekly I had suffered from: pulled muscle, dislocations or in the end broken bones. Major injuries happened in senior year in high school, so I had to transfer my focus on school.

Decision was easy to make, as I was only interested in sports so I took a chance and applied for University of Sport and Physical Education even though my GPA was not good and chance to enter college with scholarship were minimal.

To reach that I did what I do the best, worked hard and non stop until I reached goal. In the end I made it, with my low GPA but high score on the tests I was on the list of 120 students out of 600 sponsored to study by the government. To be honest that was huge surprise for my family, as I was the worst student in the house, no one expected me getting scholarship.

Even more shocking was that I was passing exams after exams. I remember that when I passed first exam my oldest sister promised to get me a lap top if I completed 14 out of 14 exams before the summer. That was unbelievable at that time, but in the end she had to literally get loan and get me a lap top.
While I was studying I still played handball for many teams in Serbian first league until I reached 4th and last year on college. In the last year of my college all students had to chose subject (sport) and they get specialized for that particular sport and graduate in that field. Obviously, everyone was expecting me to choose handball, but after many days of thinking I have decided to choose FITNESS and learn more about it, even though at that time  I was already working as a personal trainer part time.

Just before I graduated I have decided to challenge myself leaving last exam on hold and explore the world. With extremely poor English as a 22 year old I went to student exchange program Work and Travel to USA with the idea of dream country to build up new life and start all over.

My first job was in New Jersey - Clementon town in Aqua park as a storekeeper, then later on I moved to Akron Ohio and worked in Rubbermaid factory 5 day a week 12h shift (6am till 6pm) as packing line worker. While I was in Ohio working monotonous job for 12h a day I had a lot of time to think about my next move and my future so after 5 months I went back to Serbia to complete my studies.

Depressed and unmotivated I failed last exam few times. During that period I meet friend of mine who was preparing to move to Kuwait and work there as personal trainer. One more time I got idea to try to go out of Serbia but this time to work in my profession.

On my 23rd birthday I landed in Kuwait, fist time in Middle East. After just few days in Kuwait I met Ivana love of my life, then three months later we started dating and 2 years and a half later we got married.

New beginning in Kuwait wasn’t too bad. Meeting different religion, different culture wasn’t very difficult as much as adapting to new situations and use my still poor English (even though I had some experience from US) and facing clients one on one with expectation to motivate them and convince them to trust my knowledge and help achieving fitness goals, so I had to improve my body language which helped me to improve my English day by day).

First job in Kuwait was in small PT studio working 30min one on one session. There were days I had 16 personal trainings in row, but average was 9 a day. Working hard day by day I became head coach, then later on Personal Training Manager of the club.

Since I landed in Kuwait my goal was to progress and eventually be part of the best personal training team in Ktown, my only restrictions at that time was English and after two years of hard work on myself I got a chance to join that team as a personal trainer.

Working hard everyday and improving my skills one year later I become head coach and soon after I was promoted to a personal training and group fitness manager.

Building up personal training and group fitness team while I was working at Inspire Pure Fitness I was as well full time CrossFit athlete with the goal to reach Regionals even though I was new in CrossFit. As a captain of the team I managed to build up CrossFit 965 team made from many coaches based in Ktown at that time and qualified for last Regionals hosted by CrossFit games in Madrid. My dream came true.

After achieving that goal I made long break from CrossFit and started looking for new challenges and one of them was for a long time on my wish list and that was Brazilian JiuJitsu. Training only twice a week I have managed to compete on few tournaments in Kuwait with two podium finishes and after 2 years I was promoted into the blue belt.

Just before pandemic started, with group of Serbian friends based in Kuwait we won rowing charity competition and donated all amount for two Serbian boys suffering from very rear diseases. That was one of the proudest moments for me. Helping someone helpless is priceless for me.

Because of the circumstances in the world of pandemic I had to put on hold BJJ training and all competitions and continue training just to keep up my fitness level. As Covid was spreading very fast we ended up in partial and then in full lockdown and we were limited to go outside to only once a day for 2h. In that difficult situation being locked down I wanted to challenge myself physically and mentally I end up doing modified David Goggins challenge 4x4x48. Made of: rowing 4k, Ski 4k (reverse rower), stationary bike 10k and run 4k while I had the chance to go out. Challenge went well, most challenging was waking up every 4h durning the night and do rowing or Ski. After that challenge I can say my mental strength had leveled up.

As time to leave Kuwait has come, after almost 8 years and looking for new challenges I have resigned from my previous job with the plan to do something I can remember forever my last day at work.

Decision was made to attempt braking 24h Ski record. To motivate myself even more I made it as charity challenge raising money for Serbian girl suffering from very difficult disease and other half for the biggest animal private shelter in Serbia with over thousands dogs and cat.

As lockdown was still on and gyms were closed in Ktown I have borrowed Ski Erg and started preparing for it, I had exactly 59 days to get ready. Preparation went well,  I was doing daily long sessions sometimes twice a day.

On 5th October 2020 I have started Skiing.
During the challenge I had huge support from my wife and friends. My mood oscillation were minimal, having “dark zones” and taught of quitting had hit me only once or twice. The only thing I was afraid of was CNS fatigue, cuz I’m not a coffee drinker.

After 22 hours I broke world record and it was one of the most exciting moments, but I had to continue skiing until the end so score will be validated. In the end I have completed 260125m and we raised around 3000$.

With over thousand clients, many successful projects, life long friendships, full pockets of experience and eight years older time to end one era and start new page in our book of life came. My wife, all our pets and I left Kuwait and came to Dubai seeking for new challenges.