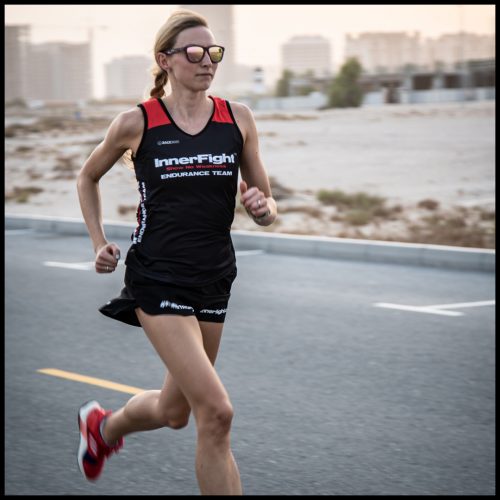 There is something about being a runner that people often shy away from. So many people in this world run, whether they run competitively or not, that’s a different story. But I started to notice that when people are asked if they run, they often caveat it with a phrase like, “oh I’m not a real runner”, “I’m not a serious runner”, or “I’m not a frequent runner” etc.

I have often asked myself why this happens in the sport of running, and doesn’t seem to happen in other sports. You might run 3 times a week, but still say that you are “not a runner”, but yet someone who played football at the weekend would most likely proudly say that they play.

Ok, I admit, there is not much hiding in running, the second you “admit” you are a runner, you can be sure that someone will ask you a PB, a goal, or your furthest run. This doesn’t seem to happen so much in other sports, instead they might ask what position you play, or what team you play for.

Then we have those who avoid running at all costs, it’s as though they have some embedded horrific memories of school cross country, and never dabbled in the sport again. Therefore, actively avoiding workouts that involve a 400m run, or driving from A to B as opposed to using their legs.

Whether you fear admitting that you are a runner, or fear running entirely, I challenge you to let go of these fears, and claim your running status.

Coaching has allowed me to first handedly see the satisfaction on peoples faces when they develop over time, from walkers to runners.

Personally, I see running as a way to connect with my local community, explore whilst most are sleeping, destress after a long day, maintain a healthy lifestyle, and build structure into my week. There are so many benefits that you can attain from running, just a simple Google search can even tell you that.

This doesn’t mean that I have always called myself a runner. In the past 5 years I have run the London Marathon, and countless Half Marathons, 10k’s and 5k races. All these races have varied in the amount of training and commitment that I have put into them (life sometimes got in the way). But nevertheless, I would still find myself dismissing my running ability and commitment by saying things like “oh I just run to keep fit”.  Then one day, a member at my gym said to me “so, you’re runner?” Somehow, the fact he had framed the term made it easier for me. I literally just needed to reply “yes”.  It dawned on me a few days later that previously I would always caveat my running too, but it felt great to just say that I was a runner. I suddenly had more confidence in my own running ability, and felt more committed to the sport than ever.

Running is not all about the fastest times, the best form, or the highest weekly mileage. Every runner (elite or amateur) has their own story and their own reason for starting to run and for continuing to run. The sooner that you realise that your running journey is about you, the better.

Find your reason to run, hold onto it, let it motivate you, and stop comparing yourself to others. Your run is about you, your progress, and your happiness. Please don’t fear running, it’s genuinely one of the most natural forms of movement, so get out there, and get those endorphins flowing!!