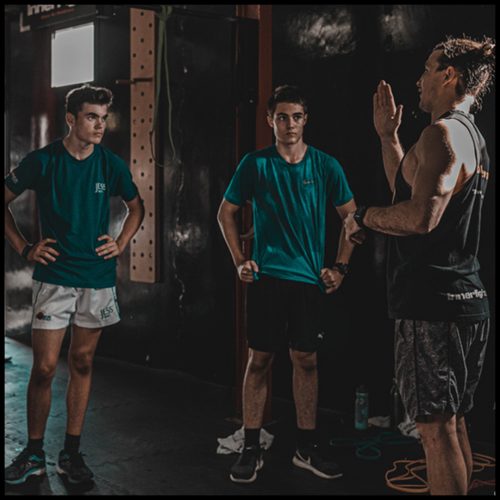 It's important to note that all kids and teenagers should be active and have the opportunity to participate in sports and activities while growing up. I previously wrote a four-part series on four sports I think are great for kids growing up!

The focus is on building better teens in the gym in a way that sees them learn and provides longevity to their personal and sporting lives. With the ever-increasing demand of the "young athlete," especially in the school environment where the individual is seen as having potential within a specific sport, I see more and more young broken teenagers where their injuries are not coming from the sporting fields or courts.

Should you be letting your teenager enter a gym, the short answer is yes; however, it should be within a controlled environment where they are being taught and ultimately coached!

Building better teens is precisely that, building from the ground up with solid foundations that allow them to reach their full potential. For the general population, it starts with movement and then proceeds through the following points.

Movement – understanding what they know, how they move, their limitations and strengths are, this is where you start to build a solid foundation.

Repetition – Rep after rep, dialing in good movement patterns, proper breathing technique, and performing these movements strict using only the bodyweight allows for good habits to be put in place.

Increasing Load – Over time, as the teenager becomes competent in movements with the ability to perform strict reps multiple times, then and only then, do we increase the load. This load is to stress the body, which brings about change.

Specifics - Start to go after any goals they have set to make them better in life or their sport!

Allowing teenagers to learn and become better people through training and fitness is hugely gratifying but comes with huge responsibly and is a process that should not be rushed and ensured that every step along the way is earnt!

Want to get your teenager into the gym, email me jc@innerfight.com, always be happy to help!