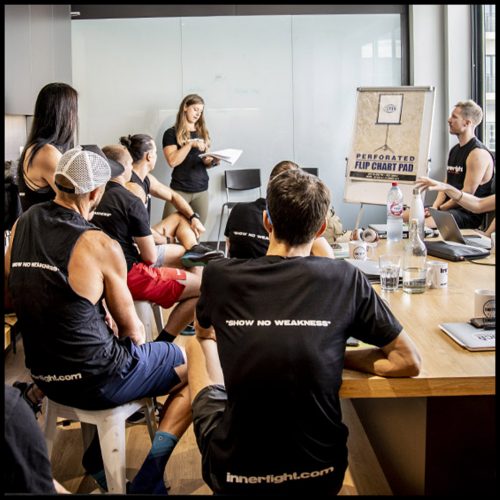 As a kid I never played any team sports, I was into gymnastics.

The earliest memories I have from being part of a team is during PE in school and we had to pick teams.

The teacher would point out two kids of the class and they could pick a team member alternating until the group was divided into two. We all been there and no one wants to be that kid that is last to get pushed into the group just because there is nobody else left.

Luckily I was never that kid, but I always felt bad for them to get picked last. I would have hated it, the fact that they just don’t believe in you being a good addition to the team is what makes it worse.

My confidence would drop, even if it would be something I might be good at.

So keeping that in mind whenever I would be the person to pick the teams, although I would love to win- as I’m super competitive. The first person I would pick was one of the kids, who most of the time - would be last in. Why?

Think about it, you gonna end up with one of the weaker persons of the group anyway. So in my head it made sense to pick the weakest first so they feel like they matter and if someone believes they matter they will give 100% effort.

If your weakest person on the team gives it there best then that will lift the whole team!

Did we win every time? Probably not, but that’s not what really matters. What matters is that every one in the team felt like they were important.

The year 2016 was the first time I was part of a professional team. The competition was called “GRID league” https://en.wikipedia.org/wiki/National_Pro_Grid_League if you want to look into it, as you probably never heard of it as it was only up and running for three years.

I got picked by the "Phoenix Rise” who ended up winning that year for the first time.

Here is why I believe our team won the title.

We Spend Time Together

We lived in the same hotel for 8 weeks, we literally were 24/7 together. If we were not training we would hang out. The town Provo in Utah were we lived wasn’t much to do so we would find ways to  keep ourself entertained. The girls would rehearse dances from MTV video clips and convince one of the guys to play along and learn the dance moves. We spend weeks on getting the steps right and the best part was to see Danny ( the biggest guy on the team) do the same moves.

In the evenings we would all go for dinner and after we would hang out and play games. The best game was to read out loud your DM’s or when we would challenge one of the team members to do something stupid like eating a teaspoon of cinnamon or snorting chili peppers for a few bucks.

Point being, we had fun together and didn’t take things to serious when we were not training. Spending time together creates bonds and the best relations are made in my opinion when you are laughing and having fun!

We Hold Each Other Accountable

Showing up for training twice a day wasn’t the problem, everyone loved to workout. We would keep each other accountable on doing the extra’s the coach gave us that we didn’t like to do. The boring stuff. Most of the time there was someone who had the same weaknesses so than we would team up in smaller groups and help each other out.

When someone wasn’t preforming well in training we would call them out. This brought some tension  between certain teammates but the coach always made sure that it would be resolved before we left the gym. It’s important for the team that you can tell them straight what’s the problem is without them getting upset.

We Were Transparent With Each Other

Knowing your strength and weaknesses and paring up with a team mate that is strong where you are weak, so the team can make it through the other side as fast as possible. But sometimes it would also be stepping aside and letting someone else take your place because that was the best for the team. Even if that meant you couldn’t play that day.

We Shared The Same Vision

Strategy : End your life to win every game

Teamwork is useless if no one knows the goal or vision they are working toward.

Set those goals during each session or match.

Check in after each match

We Trusted Each Other

There's nothing else as important as trust in a team. Knowing that your team mate will hold on to the bar until all the work is done. A lot of the movements were synchronized so you had to trust one another to do the required work in the tempo we practiced. Or knowing when someone is close to their end and tagging in to finish the set without loosing time. Being efficient in transitions, trusting that they will catch the bar that is popped off your shoulders.

Trust allows you to be honest with each other without worrying that feelings will be hurt, allows you to be open to feedback without feeling attacked and in this case - when competing, it prevents you to not get injured.