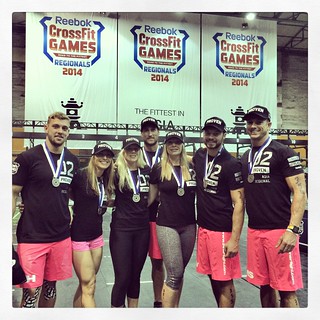 Team InnerFight has just returned from the CrossFit Games Asia regionals in Korea with a bag full of medals. Not only did the team place 2nd out of 30 teams competing but recently recruited coach Phil Hesketh finished up second male out of an incredible strong field. This sees the InnerFight clan sitting nicely at the top of fitness throughout the Middle East and Asia. Lets have a closer look: The event: The CrossFit games crowns the fittest male, fittest female and fittest team in the world in July every year. The event just past was the Asian regional qualification for that final event. The event was held in Seoul, South Korea on 23th-25th May 2014. The team event consisted of 30 teams from all over Asia with 6 members per team, 3 male, 3 female. They competed over three days in 8 events testing their fitness, gymnastics skills and olympic weightlifting throughout. The individual event had the top 48 males and 48 females from across Asia competing over 3 days in 7 events to find out who the fittest in Asia are. The winners of both the individual male and female as well as the team events advance to the CrossFit Games Finals in LA in July this year. 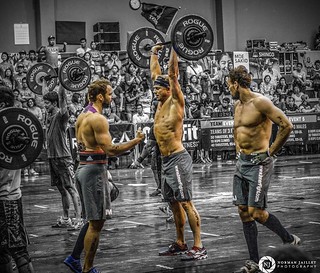 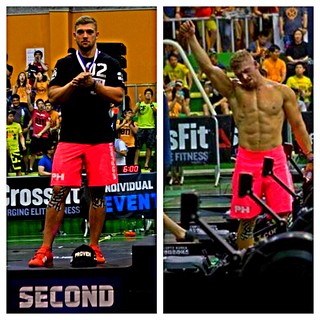 What is CrossFit / InnerFight all about? InnerFight / CrossFit training encompasses numerous fitness domains to get people to move better, become fitter, stronger, have fun and make friends. It is a method of training that is 180 degrees different from conventional gym work taking people totally outside of their comfort zone to make them the best human beings they can possibly be. It is not a fad, trend, quick fix or the latest technology providing shortcuts to results, it is based on proven techniques and training systems that deliver results that are not only make people physically better but also mentally better and lead to an improved satisfaction of life on a number of levels. The official site of the CrossFit games where all details and results can be found is www.games.crossfit.com Listen into what Matt, Phil, Marcus and Martin have to say about the event right here in podcast 118